In our final session of Rhythm Changes: Jazz UtopiaA?Alyn Shipton and Krin Gabbard a?? chaired by Fiona Talkington – will revisit classic texts in jazz studies. 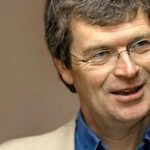 Alyn Shipton was Consultant Editor of the New Grove Dictionary of Jazz, and as an oral historian has edited the memoirs of Danny Barker, Doc Cheatham, George Shearing, Chris Barber, and most recently Billy J. Kramer. His book Groovina?? High, the life of Dizzy Gillespie, won the 1999 ARSC award for the best research of the year. His books on songwriter Jimmy McHugh and bandleader Cab Calloway were both finalists in the ARSC awards. Alyna??s most recent full-length biography, Nilsson, The Life of a Singer-Songwriter, won a Deems Taylor award as best pop biography of 2013 and the yeara??s ARSC award for pop music research.

His New History of Jazz, published in 2001, was Jazz Journalistsa?? Book of the Year, and won the Jazz Writer of the Year title in the British Jazz Awards. A revised edition appeared in 2007. Alyn read English Language and Literature at St Edmund Hall, Oxford. He later went on to take a PhD in music history at Oxford Brookes University. He has been a lecturer in music at Brookes (2002a??3), and at City University (2012a??13). He is now a Research Fellow and lecturer in Jazz History at the Royal Academy of Music. 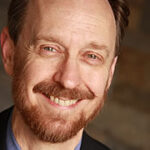 Krin Gabbard taught comparative literature and cultural studies at Stony Brook University from 1981 until 2014.A? He is now an adjunct professor of jazz studies at Columbia University where he teaches courses such as a??Jazz and American Culture.a??A? He is also busy playing his trumpet in a swing band and writing a memoir about his parents.A? His books include Better Git It in Your Soul: An Interpretive Biography of Charles Mingus (2016), Hotter Than That: The Trumpet, Jazz, and American Culture (2008), Black Magic: White Hollywood and African American Culture (2004), and Jammina?? at the Margins: Jazz and the American Cinema (1996).A? His two edited collections, Jazz Among the Discourses and Representing Jazz were published by Duke University Press in 1995.A? He is also editor-in-chief of Oxford University Pressa??s online bibliography of Cinema and Media Studies and a consultant on the J-Disc project, a new online jazz discography with exhaustive information about individual jazz recordings. 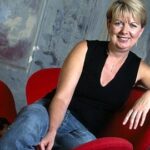 Fiona Talkington is a UK-based broadcaster, , writer and speaker, best known to radio audiences as founding presenter of BBC Radio 3a??s award winning a??Late Junctiona??. Fiona has presented for the BBC since 1989 working across a wide range of programmes, from Breakfast, to live broadcasts from the Proms at the Royal Albert Hall, and Londona??s premier chamber music venues Wigmore Hall and LSO St Lukea??s. She has broadcast from Womad, Music around Europe days for the EBU, from the Royal Opera House, the Royal Festival Hall, the Barbican and many of the UKa??s leading venues.

Fiona works extensively as a curator in the UK and Norway: at Kings Place curating Scene Norway, Scene Norway 2 and Eesti Fest, and has curated Voices Across the World at the Royal Opera House. She devised and curated the hugely successful conexions series for for Nasjonal Jazzscene in Oslo, celebrating and creating musical partnerships between the UK and Norway. In 2014 she worked with St Georgea??s Bristol on Norwegian programming including curating a Norwegian day of music and literature, and is currently involved with a Norwegian project in Oxford.

In 2004 she was presented with the coveted Molde Rose award at the Molde Jazz Festival , and in 2009 she was awarded the Royal Norwegian Order of Merit for her services to Norwegian arts.

Recent projects include Editor of the English version of Luca Vitalia??s a??The Sound of the North a?? a history of Norwegian jazza??, and Edition Records has recently released her compilation of Nordic jazz a??Northern Editiona??.

Fionaa??s Masters degree in English Literature and the Visual Arts specialised in the writings of Sir Kenneth Clark. She has taught for Reading University and for the Open University.

She is a Vice-President of the Grieg Society of Great Britain, chair of the trustees of the Whitley Arts Festival and a member of the advisory board for Britten Sinfonia.