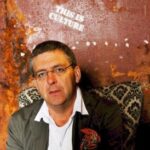 I joined the University of East Anglia in November 2014, as Professor of Media Studies; before that I was Professor of Cultural Studies at the University of Salford since 2005, before that I held the same position at UCLan since 1999.ááIn 2012 I was appointed to a three-year Leadership Fellowship by the Arts and Humanities Research Council for the Connected Communities Programme. My work has been awarded funding from the AHRC (eight or nine awards to date), British Council, European Commission (Framework 6), Leverhulme Trust, British Academy, HEFCE, among others. I was until 2013 a member of the AHRC Peer Review College, for Media, and for Music. I have been (2010-12) an elected member of the Media, Communication & Cultural Studies Association (MeCCSA) executive–MeCCSA beingáthe national UK association for scholars and postgraduate students in the field. áI have undertaken external examining responsibilities at around 15 institutions, at PhD, MA and BA levels. I have been a Visiting Fellow at University of Southern Maine, USAá(1994), University of Veliko Turnovo, Bulgaria (1996), and at University of Sydney, Australiaá(2008).

In 2011 I was lead organiser for the MeCCSA annual conference at Salford in the UK. In 2012 I was lead organiser for the International Association for the Study of Popular Music (IASPM-UK & Ireland) biennial conference at Salford (this followed the sad death of original organiser Prof Dave Sanjek). The theme of the IASPM conference was of particularáinterest to Rhythm Changers–Imagining Communities Musically: Putting Popular Music in its Place. I have in total been involved as organiser or co-organsier of over 15 conferences and symposia, including all the Rhythm Changes international conferences to date. 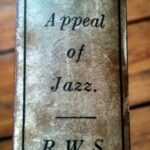 In terms of public engagement, Iáam a fairly frequent contributor to British and some international media, including BBC and independent radio, having appeared on programmes as varied as Thinking Allowed (several times) and The Johnnie Walker Show. I have also appeared on numerous television programmes–news and documentaries–and written for publications such as the Guardian, Independent, Times Higher Education,áNew Statesman. A two-part ABC radio documentary in 2009, on the leading Australianámusic programme Into the Music, áfocused heavily on my research on street music and popular protest.

My areas of interest and áexpertise are as follows, and I highlight points that I think will be of particular interest to Rhythm Changes scholars and fans:

Cultures of transatlanticism.áMy key work in the jazz side of this field is the AHRC-supported Circular Breathing: The Cultural Politics of Jazz in Britain (Duke UP,á 2005). ‘Well-written, witty, and highly original’ (Lewis Porter, International History Review), ‘fascinating … impressive’ (Alyn Shipton, Jazzwise). Transcriptions of interviews undertaken with many British or UK-based jazzá musicians and organisersáfor that book can be read via links on the ‘Team members’ publications’ page of the Rhythm Changes website.

I was co-editor of the 2004 collection Issues in Americanisation and Culture. I am also a member of the editorial board of Jazz Research Journal. I have written a chapter on the neglected Triniadian honky-tonk pop pianist Winifred Atwell for Jason Toynbee et al‘s collection Black British Jazz (2015).

Festival, music and social change. 2015 sees the publication of The Pop Festival: History, Music, Media, Culture, an edited international collection which also features the work of Rhythm Changes researchers Dubber, Anne Dvinge, and Nick Gebhardt. I have written several other chapters and articles about jazz festivals in Britain, as well as about the use of jazz in social protest (particularly marching jazz bands on political demonstrations–see ‘A soundtrack to the insurrection’ article). More generally I’ve written other books thatáfeature or focus entirely on festival culture, such as Senseless Acts of Beauty: Cultures of Resistance since the Sixties (Verso, 1996) and Glastonbury: AáVery English Fair (Gollancz, 2000). I was Professor in Residence at the 2014 EFG London Jazz Festival, and at the 2011 Kendal Calling festival, in the English Lake District.

I co-edited Community Music: A Handbook (Russell House, 2005), which includes my chapter on free improvisationá and the development of community music in Britain. (I used to work as a community musician; double bass is my instrument–I still play and enjoy playing.)áIn 2012 I wasáawarded an AHRC grant in the new Connected Communities programme to produce a research review on community music and digital cultures.

Alternative cultures, (post)subcultures, protest and social movements. Not so much jazz in this one, but, hey, do look out for my book on polemic landscapes, floriculture and horticultural politics, Radical Gardening (Frances Lincoln, 2011). ‘A truly important book’, wrote the Times Higher Education.

I was foundingáco-editor in 2001 of the Routledge journal Social Movement Studies: Journal ofá Social, Cultural and Political Protest. Also an EU FP6 project I was involved in, Society & Lifestyles, resulted in a co-edited collection exploring cross-cultural and comparative studies in Europe, Subcultures and New Religious Movements in Russia and East- 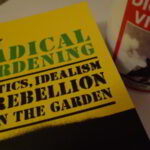 You can find out more and read quite a lot of my work on my personal website, including as much open access material as I can generate, and five or sixáGoogle books: