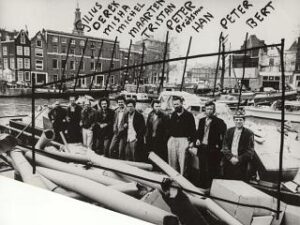 IA?have recently been re-readingA?Attali’s Noise (Minnesota UP, 1985),A?and I came across this statement: “Free jazz createdA?locally the conditions for a different model of musical production, a new music. But since this noise was not inscribed on the same levelA?as the messages circulating in the networkA?of repetition, it could not make itself heard.” (p.140)A?The conflict Attali identifies, between a locally createdA?’model of musical production’A? and the transnational network of official jazz institutionsA?andA?corporate media (whether state-backed or private),A?seems to be a goodA?starting point forA?analysing theA?cultural politics of European jazz and, specifically,A?theA?politics, practices and values ofA?post-WWIIA?jazz collectives.A?Of particular relevance to the Rhythm Changes project is how conceptions of identity figured in the claims these groups make aboutA?jazz,A?and the implications their claims have for rethinking jazzA? practices and scholarship.A?The most influential examplesA?areA?the Loop Collective, the London Improvisers Orchestra, the Jazz Warriors, the Globe Unity Orchestra, the London Jazz Composers Orchestra, and the Berlin Contemporary Jazz Orchestra; but I’m sure there are others. Aside from Attali, my immediate reference pointsA?are two recent studies:A?Mike Heffley’s book, Northern Sun; Southern Moon (YaleUP, 2005), onA?theA?influence on free jazz on European jazz musicians,A?andA?George Lewis’sA?history of the AACM,A?A Power Stronger Than Itself (ChicagoUP,A?2009). Both authors locate the sources of what Attali refers to a “new practice of music among people” (p.141) with free jazz and its challenge to existing notions of musical value and influence. As Lewis writes: A?”[A Power Stronger Than Itself] documents both the ongoing relevance of 1960s changes in power relations, and the effort to erase the importance of those changes via corporate-backed canon formation…” (p.xxxv)

The way in which we’veA?conceptualised this projectA?assumes (as does the European political project and the research funding that flows from it)A?that theA?nations of Europe share a modern ideology-a common set of ideas and values-but that they alsoA?differ among each other enough so that we can speak of national subcultures or ‘national variants’ of modern ideology. The initial work in this strand will involve setting up a general comparative perspective through which to establish the ideological movement of jazz within the various national contexts and then examining how these ideological movements relate to or informA?specific set of claims about the cultural value of jazz. 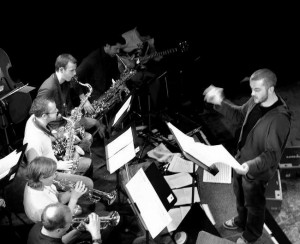 In terms of the themes for the research strand: nation, identity and inheritance-my primary concern is the relationship of jazz collectives to the dissatisfactions of European high culture. More specifically, I think this research turns on explaining how and why (free) improvised jazz became a privileged medium for expressing those dissatisfactions, and identifying the often contradictory forms this dissatisfaction took in various national contexts. The focus on jazz collectives is especially important in so far asA?itA?challenges the usual stylistic or formal boundaries that separate studies of music in European societies.

This has several implications for thinking about the relation of jazz musicians to their social and cultural context:

1.A?A?A? To demonstrate the significance of jazz to conceptions of national culture, but also their transformation in the context of the formation of the European Union – but also more widely, taking in Africa, the Caribbean, and other regions central to the development of European jazz.
2.A?A?A? To offer a structural and ideological account of the emergence of various jazz collectives through comparative analysis of the histories of these groups/projects.
3.A?A?A? To determine the general cultural patterns through which European jazz musicians and their audiences made sense of jazz’s history, and the cultural values ascribed to it, in terms of the broader dissatisfactions with modernity.
4.A?A?A? To establish how the consolidation of the corporate entertainment industry, and the technological and bureaucratic innovations on which it was based, caused a re-organisation of existing relationships between artists and their audiences in post-WWII European societies. The aim of this research strand, as I take it, is to investigate how and why those relationships were often explicitly challenged by jazz collectives and the cultural implications this had for the wider conceptions of jazz as a countercultural or oppositional form.
5.A?A?A? To approach jazz as a cultural form that emerges from the dynamic interaction between musical conventions and practices sui generis. If jazz arises from discernable patterns of cultural interaction then it is not a question of privileging certain forms or traditions above others, but to understand how their difference was produced in and through their relationship to existing practices.A? A major point to consider is that at no time were these jazz collectives ever isolated from the wider culture in which they performed; they drew their general theories and constantly sought renewal from it (even when they explicitly renounced aspects of it.). Attali claims that in the 1960s these collectives “…eliminated the distinction between popular music and learned music, broke down the repetive hierarchy.” (p.140)A?Which prompts the question: Is this what really happened? And, if so, how and why did it happen? And is it still happening?