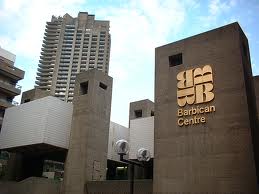 Taking place at the Barbican Centre in London, the panel attracted an engaged and knowledgeable audience ranging from international festival directors to jazz journalists, writers and jazz advocates to enthusiasts, and the discussion focused on the contribution that festivals make to the creative economy in Europe and beyond.

The panel addressed the relationship between year round programming and festivals programming, and also talked about the way in which festivals relate to a sense of cultural memory (for example through using established venues and tapping into the legacy of previous events) at the same time as offering musicians and audiences visions of the future.A? The audience responded enthusiastically to the notion that jazz offered a model for celebrating diversity and cultural hybridity, and the panel concluded with a lively question and answer session where the audience exchanged ideas and experiences.

As Rhythm Changesa?? first Knowledge Transfer forum, Another Place? Why Jazz Festivals Matter demonstrated the relevance of the projecta??s research questions which explore the changing Europe and the value of jazz as a transformative force.A? As Anne Dvinge stated, jazz is a conversational medium that, in certain contexts, has the ability to offer alternative notions of place and identity.A? Anne described the way in which jazz festivals offer audiences a means of encountering things that are outside their everyday experience and also argued that the view of jazz as a??high browa?? (or difficult) did not play out in reality once audiences engage with the music first hand.A? Festivals in particular can encourage people to take risks or to sample things that are unfamiliar; in this respect, jazz festivals really do offer access to another place where people can feel differently about both the music and their environment.

Click below to hear an audioA?recording of theA?event:
Another Place? Why Jazz Festivals Matter by Tony Whyton