The Rhythm Changes project has been funded as part of the Humanities in the European Research Areaa??s (HERA) theme, a??Cultural Dynamics: Inheritance and Identitya??, a joint research programme funded by 13 national funding agencies to a??create collaborative, trans-national research opportunities that will derive new insights from humanities research in order to address major social, cultural, and political challenges facing Europea??. Led by the University of Salford, the research programme will be undertaken by a team of experienced researchers working in five European countries and will draw on expertise from the Universities of Amsterdam, Birmingham City, Copenhagen, Music and Performing Arts Graz, Lancaster, and Stavanger.A? Research work will include a number of activities such as performances, educational workshops, oral histories and interviews.

Study national identities, representations and stereotypes in jazz. The project will investigate the development of national jazz identities as a constant interaction between a nationa??s self-image and its view of others. 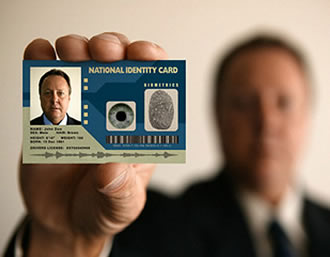 Rhythm Changesa?? first official event kicked off on 5 May with a lively symposium on a??Jazz and Identitya?? at the Maijazz Festival in Stavanger.A? I was invited to present a paper as part of the event and concluded the day with a discussion with the main speaker, writer and critic Stuart Nicholson.A? Stuart is a strong advocate of the European jazz scene and gave an interesting talk that developed ideas from his influential book Is Jazz Dead? (Or Has it Moved to a New Address).A? In demonstrating the global and a??glocala?? impact of jazz, Stuart used a language analogy to describe the way in which local jazz dialects emerge and are flavoured by national characteristics, describing jazz as the product of local scenes and environments, as well as national cultures.

During our closing session, we exchanged views on a variety of subjects, from the politics at Lincoln Center in New York to The Nordic Tone.A? Whilst we agreed a lot about the diversity of the European jazz scene, our main discussion points revolved around the consequences of falling back on national stereotypes to explain the eclectic and creative qualities of jazz today.

In the context of wider European culture where the national is often used to promote xenophobia and fear of a??othernessa??, I stressed how important jazz was as a music in its ability to encourage trans-national collaborations and styles.A? In effect, one of the main qualities of jazz, as I see it, is the musica??s ability to transcend national and geographical borders and to challenge cultural stereotyping.

Building on this, I argued that instead of viewing identity as something fixed, we should think about it as dynamic and discursive.

I suggested, for example,A?that we could considerA?the Nordic Tone a cultural construct which served a variety of purposes and reinforced certain values and beliefs.A? One of my main points was that we need avoid talk of national culture in jazz as something essential, and I suggested the strategy of resistance to African American essentialism (that both Stuart and I have followed) should also be applied to European contexts a?? the Nordic Tone, for example, is not an expression of some collective Scandinavian consciousness.

Stuart agreed that not every artist coming out of Scandinavia expressed themselves in this way but, in defence of his position, stressed that when you listen to South African jazz (or other musics from around the world), you know exactly what it is.A? Whilst this is undoubtedly true, we need to distinguish between codes and conventions that have developed within specific cultural, social and politically determined contexts, and music as some kind of natural sound with inherent qualities.

I would argue that the assumption that musical codes and conventions represent some kind of deep-rooted national consciousness is deeply flawed and ignores the complexity of identity formation today.A? I guess the challenge moving forward is to understand the way in which jazz continues to develop amidst changing social, cultural and political conditions without our readings of the music, and the expressions of the musicians themselves, being contained by those conditions.