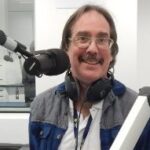 Alan Musson from Black Country Radio will be recording sections of the conference to produce a series of Vox Pops. We invite you all to express your thoughts and opinions on the sessions and performances. Alan would be more than happy to hear from you, so please introduce yourself during the event.

Alan’s show, Jazz Kaleidoscope, is on air every Monday from 9 to 11pm on Black Country Radio.

Led by Professor George McKay, the film brings together academics and festivals directors from 5 recent / current AHRC-funded projects (including Rhythm Changes), who discuss the benefits and findings of such collaboration.

The film was made by Gemma Thorpe.