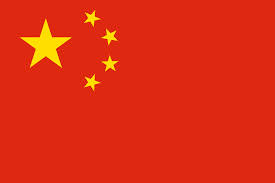 Jazz Cosmopolitanism from East to West is 3 day symposium hosted by Ningbo University College of Arts in partnership with the School of Arts & Media, University of Salford.

“Jazz is so much more than music: it is a lifestyle and a tool for dialogue, even social change. The history of jazz tells of the power of music to bring together artists from different cultures and backgrounds, as a driver of integration and mutual respect.” Irina Bokova, Director General, UNESCO

Jazz Cosmopolitanism from East to West will focus on jazz as both a national and transnational cultural practice, comparing the uses and representations of music in different international contexts in order to explore questions relating to the development, assimilation, appropriation, and exchange of culture. Jazz plays a complex role in the cultural and sub-cultural life of different international scenes and this event will examine ways in which jazz scholars, musicians and fans interpret and interact with the music, the ways in which jazz networks are constructed and established in various cultures, how music is translated, and serves as a driver for social and cultural change. Jazz Cosmopolitanism from East to West will investigate ways in which the music can challenge established stereotypical distinctions between national settings and regions, including concepts of East and West.
The organising committee welcomes proposals for presentations which focus specifically on the following themes:

a?? Jazz as a tool for social change and/or cultural understanding
a?? The relationship between jazz, national cultural values, and transnational influences
a?? Jazz in translation: the cultural meanings of jazz in different international settings
a?? Challenging dominant representations of jazz as evidenced in the attitudes and practices of critics, musicians and audiences as well as representations in film, television and literature. This could include the exploration of established mythologies and stereotypes distinctions between East and West

Proposals of c.300 words should be sent to Professors Yu Hui (hui.yuu@gmail.com) and Tony Whyton (t.whyton@salford.ac.uk)

Ningbo City
Ningbo is a seaport city in the northeast of Zhejiang province, Chinai??holding sub-provincial administrative status with a population of 7.6 million. It is one of China’s oldest cities, with a history dating to the Hemudu culture in 4800 BC. The city was known as a trade city on the silk road at least two thousand years ago, and then as a major port for foreign trade since the Tang Dynasty. It enjoys both historical culture atmosphere and the dynamic economic development of modern China.