The fourth Rhythm Changes conference: Jazz Utopia will take place at Birmingham City University in the United Kingdom from 14 to 17 April 2016.

We invite paper submissions for Jazz Utopia, a four-day multi-disciplinary conference that brings together leading researchers across the arts and humanities. The event will feature academic papers, panels and poster sessions alongside an exciting programme of concerts delivered in partnership with the Birmingham Conservatoire and Jazzlines.

Jazz has long been a subject for utopian longing and hopes for a better future; it has also been the focus of deeply engrained cultural fears, visions of suffering and dystopian fantasies. In its urgency and presence jazz is now here. As improvisational and transitory, jazz is nowhere. Utopia is nowhere and now here. Jazz is utopia. Or: jazz is utopian desire. Jazz Utopia seeks to critically explore how the idea of utopia has shaped, and continues to shape, debates about jazz. We welcome papers that address the conference theme from multiple perspectives, including cultural studies, musicology, cultural theory, music analysis, jazz history, media studies, and practice-based research. Within the general theme of Jazz Utopia, we have identified three sub-themes. Please clearly identify which theme you are speaking to in your proposal.

Jazz identities
Claims have always been made for jazz as a certain utopian practice, in which jazz has made possible a musical-social space where different, usually marginal, identities are expressed and confirmed. At the multiracial club, bandstand, or dance-floor race and ethnicity are acknowledged, difference is championed or erased. Musicians have used jazz to step out of their class. The dialogic qualities and queer sounds alike of jazz offer opportunity for the expression of gender and sexuality. New thinking around disability and music reads jazz as a crip-space. Equally, consider the way in which freedom in improvisation has been understood as a liberating utopian practice. Even in its diasporic invention jazz comes from a kind of no-place (ou-topia = no place). In utopia, jazz is the effort to sound another world into being, the only condition of which is that it must be better. Has jazz really been that good?

Inside / outside: jazz and its others
What does jazz mean to its community of insiders and those that approach it from outside? For those who are deeply involved with jazz, whether musicians, critics, scholars, or fans, the genre often provides a utopian space for creative encounters. By definition, the articulation of this space through performance, writing, research and consumption also creates a community of outsiders who may seek ways to engage with the jazz community or observe it from afar. This strand invites papers that address the relationships between jazz and its a??othersa??, defined in relation to music making, criticism, scholarship or reception, whether these interactions are antagonistic or collaborative in tone.

Heritage and archiving
This strand focuses on the different ways in which heritage practices and archival work contribute to the reconfiguration of jazz as a utopian space. Through its commitment to alternative ways of living and being, jazz offers imaginative variations on themes of history and preservation. It creates communities of collectors and music lovers, who refigure jazz as nostalgia and escape, as well as renewal and return. We welcome papers that explore all aspects of archiving practice and cultural heritage and the opportunities and tensions that present themselves for scholars, institutions and practitioners in these fields.

Please submit proposals (including a short biography and institutional affiliation) by email in a word document attachment to: jazzutopia@bcu.ac.uk

The conference builds on the legacy of the Rhythm Changes research project. Rhythm Changes: Jazz Cultures and European Identities was funded as part of the Humanities in the European Research Area (HERA) Joint Research Programme, which ran from 2010-2013. The project team continues to develop networking opportunities and champion collaborative research into transnational jazz studies.

Updates on the conference and information about travel and accommodation will be available on this site over the next few months.

The Jazz Department at Birmingham Conservatoire cordially invites you to attend our Jazz Research afternoon in Arena Foyer, from 2 pm – 6.30 pm.
The first half, from 2 pm-4 pm, will be a presentation and discussion led byA?AndyA?Hamilton A?(Philosophy Dept, Durham University)A?on his research on Lee Konitz. A group of us from across Europe are meeting today to look back on the previous three Rhythm Changes conferences (Amsterdam 2012, Salford 2013, Amsterdam 2014) and to plan for our next conference in 2016 at, as we announced in Amsterdam last September,A?Birmingham City UniversityA?(BCU). A?You coming to it? We hope so.

The organising committee is: We are talking about the theme(s) for the 2016 conference, its structure, how to A?present jazz ideas in traditional and alternative ways, how BCUs disciplinary and intellectual identity (media – music – industry) could be reflected as host of the event, potential keynotes and invited speakers, and the specific dates of course. (Early-mid-April 2016 seems most favouredA?at the moment.)

Some ideas for our theme and key strandsA?we are discussing are as follows (bear in mind these are in draft and need working up, but we thought you might like a sneak preview):

Professor George McKay is the first academic ever to be appointed a??Professor in Residencea?? at a jazz festival.

In conjunction with Serious and the Arts & Humanities Research Council (AHRC), Professor McKay will be joining the team of the EFG London Jazz Festival on 1 November 2014.

a??Ia??m delighted to be the first Professor in Residence at the EFG London Jazz Festival. Allow me to introduce myself: Ia??m George McKay, Professor of Media Studies at the University of East Anglia and Ia??m also currently an Arts & Humanities Research Council (AHRC) Leadership Fellow for one of its priority areas, the Connected Communities Programme. My books include Radical Gardening (2011), Shakina?? All Over: Popular Music & Disability (2013) and a collection called The Pop Festival (2015). But youa??ll probably be most interested in Circular Breathing: The Cultural Politics of Jazz In Britain (2005), a book about the development of jazz, free improvisation, political campaigns, New Orleans-style marching bands, questions of race and gender in this music of a??liberationa??. Ia??ve followed up recently with some more work on the neglected 1950s Trinidadian pianist Winnie Atwell.

One of my focuses in terms of Connected Communities is the idea of festival a?? how does this density and intensity of cultural activity transform its environment (whether thata??s tents and soundsystems in a field or trumpets in a city street), andA?what is the impact on the local population and audiences. A?

But why should the EFG London Jazz Festival appoint a Professor in Residence right now?A? Therea??s been a real explosion of interest in whata??s being called the New Jazz Studies from UK academics over the past decade. In terms of British jazz, academic books by Catherine Tackley, Hilary Moore, and me, have all explored the contribution of the UK to jazz development and history. Jazz Research Journal, edited by Tackley and Tony Whyton, publishes quality research by international scholars.A? A new Routledge series, Transnational Jazz Studies, is edited by Whyton and Nick Gebhardt.

And there have been notable major research projects, like Rhythm Changes: (EU-funded, led from Salford University) and What Is Black British Jazz? (AHRC; Open University). AHRC currently funds a PhD student, Alison Eales, looking at the 25-year history of Glasgow Jazz Festival, co-supervised between the festival and Glasgow University.A? You can watch a great film made this year about researching jazz festivals on Youtube: Tom Perchard of Goldsmiths was awarded an AHRC Early Career Fellowship for a project entitled Jazz in France, 1934-75. At the moment my university is in the process of appointing a one-year AHRC postdoctoral research assistant working across London and otherA?jazz festivals, looking at their impact and value.A?

So, working with the EFG London Jazz Festival team, we thought it a good idea to try to bring some of this academic energy and insight around jazz to festival-goers. Wea??ve built on some work from last year, when we marked Londona??s 21stA?birthday with a day of talks at the Royal Festival Hall, and curated a programme of discussions around questions of politics, power and history. For a music that talks a lot about freedom, these are key questions to debate, and wea??re bringing together academics, and some critics and musicians, to unpack them and to explore the roles that jazz musicians, activists and cultural workers in Britain have had in making their musical and political mark. Please, do join us.a?? 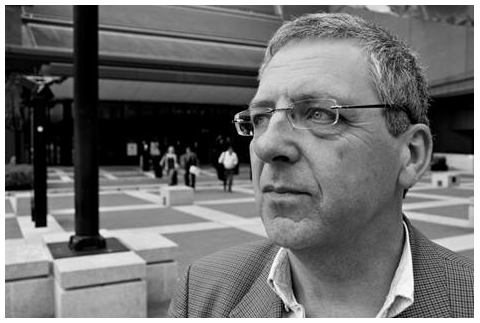 All talks are free

Knife in the Water a?? discussion about the music of the filma??s charismatic composer, Krzysztof Komeda:A?Barbican Cinema, 3pm

The Art and the Value of Commissioning New Music a?? with Trish Clowes and Guy Barker:A?Southbank Centre / Queen Elizabeth Hall 6pm

Improvisation and action a?? the legacy of John Stevens:A?Southbank Centre / Front Room 2pm

NOTES TO EDITORS
The EFG London Jazz Festival is produced byA?Serious, one of the UKa??s leading producers and curators of live jazz, international and new music. Serious produces events that range from major concerts, festivals and national and international tours through to learning and participation programmes, conferences and specially commissioned bespoke events. Alongside its core role as a live music events producer, it works in artist and rights management. Alongside this exists the registered charity, Serious Trust, which has beenA?established to support the next generation of artists and audiences through our artist development, learning and participation and commissioning programmes
serious.org.uk

TheA?London Jazz FestivalA?was created in 1992 by live international music producers, Serious. The Festival emerged from the long-standing Camden Jazz Week which was created in 1970; with the active support of the London Arts Board (now Arts Council England, London). Serious a?? who had for some years produced the Camden Jazz Week, engineered a transition that saw the evolution of the Festival.A? Taking a mix of international and British artists and a commitment to education activity, the London Jazz Festival began to spread its wings. The aims of the Festival still remain the same today; celebrating the place of jazz in a city which is at ease with its rich cultural diversity, and drawing in a multitude of venues across London who present the music, week in, week out, throughout the year.
efglondonjazzfestival.org.uk

95 papers and talks about jazz … are you coming? If by any chance you can’t make it to Amsterdam, you can keep in touch with, and contribute to, the twitter conversation via the hashtag or sharp symbol #rcjazz2014….