The Rhythm Changes project has been funded as part of the Humanities in the European Research Areas (HERA) theme, Cultural Dynamics: Inheritance and Identity, a joint research programme funded by 13 national funding agencies to create collaborative, trans-national research opportunities that will derive new insights from humanities research in order to address major social, cultural, and political challenges facing Europe. 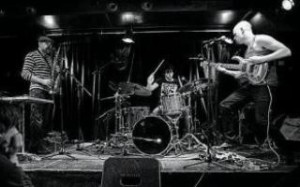 Led by the University of Salford, the research programme will be undertaken by a team of experienced researchers working in five European countries and will draw on expertise from the Universities of Amsterdam, Birmingham City, Copenhagen, Music and Performing Arts Graz, Lancaster, and Stavanger.  Research work will include a number of activities such as performances, educational workshops, oral histories and interviews.

Study national identities, representations and stereotypes in jazz. The project will investigate the development of national jazz identities as a constant interaction between a nations self-image and its view of others.